Back in 2011, I got creative with how many meals you could get out of $2. I was fresh out of college, about to begin an internship and bussing tables at a restaurant working 25 hours a week. I was paying rent for the first time and determined to start paying my way through life. Fortunately, I was lucky enough to not have any student loans or other debt.

My parents had financially supported me to that point in my life, and I’m sure they would have sent me grocery/gas money had I asked them for it. But I knew they were struggling financially themselves so I was determined to support myself and alleviate some of their burdens. I had applied for dozens of jobs, a mix of restaurants, grocery stores, retail, etc. I followed up with one grocery store that was hiring for about a month. One week the manager was on vacation, Another week they hadn’t viewed applications yet (even though they had one cashier working).

It was a year later before I received an email saying they decided to pursue other candidates.

I landed a job bussing at a local restaurant. I made $3 an hour, the rest coming from a tip pool. I hated the disrespect I got while working there. I hated the menial tasks but tried to keep a positive attitude. I ran trash out to our dumpster during a thunderstorm while the parking lot flooded. That was the last week I worked because I then started an internship with a campus ministry at the local University. My internship didn’t pay much better but I was doing work that I loved.

I learned along the way that $2 could buy me a cheap pack of hot dogs (8 count) and a package of hot dog buns (also 8 count) from a discount store that carried bread that was near expiration. I could get 4 meals out of $2, at two hot dogs a piece. My roommate at the time and I split hot and ready pizzas from Little Caesars for $5 a pie. I paid my rent, electric, internet, groceries and gas.

We didn’t use A/C that summer until we started babysitting chinchillas (long story) because the little critters would have suffocated in temperatures above 72 degrees. In the winter we got enough heat from the apt below us that we didn’t have to use heat either. Perks of a mild winter in North Carolina. I lived paycheck to paycheck.

After my internship I started working a part-time job at a book store, then I got a part-time job at Chick-fil-A. I was working about 50 hours a week. I got my lunch at CFA included with my pay and packed a lunch for dinner at the book store which I walked to from my nearby apt. I started saving up money. Eventually, I could afford plane tickets to start doing some traveling. Soon after I was able to save up enough for an engagement ring.

I got married and moved to Pennsylvania to work at Penn State in campus ministry. Between my salary and my wife’s I took over paying for everything and finally became financially free from my parents. We continued to eat most meals at home. We got smartphones (older models that were free but came with a 2-year contract) and since we had smartphones, we chose not to have internet/cable at our apt. We paid off the only car payment we had between us. We set up our bank account to start transferring money every month into our savings account and eventually had enough to buy a house.

The journey wasn’t easy, and I sacrificed a lot along the way but we’re financially stable. I cut costs where I could, even if it meant I did without conveniences my friends enjoyed. I set aside money in the bank. Once I got a credit card, I used it as a debit card to only pay for purchases I could already pay for.

You can do it. Make a plan, be willing to sacrifice, and keep a positive attitude. The path may be tough but if you can see the forest through the trees your financial independence is waiting for you on the other side.

FIND OUT IF YOU QUALIFY

Have You Been Planning Your Finances To Buy A Home?

About the Author: Josh Pake

Joshua has lived in Pennsylvania the past 7 years. Previously he lived in North Carolina. He loves a good dad joke, and anything Star Wars. His favorite part of being a loan partner at Keystone Alliance Mortgage is getting to work with people while they purchase their home and learning all the nuances of the mortgage process. 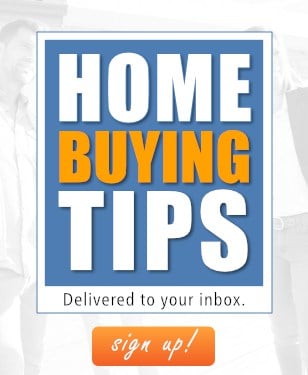 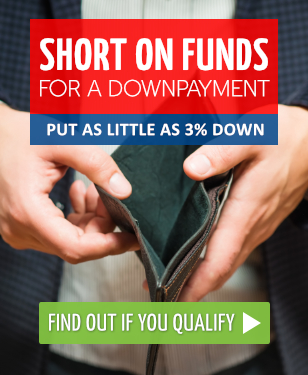